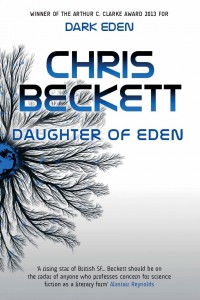 The next and final Eden novel will be called Daughter of Eden.   (No publication date has been finalised as yet.)

As in Mother of Eden, the events in Daughter of Eden take place more than two centuries on from the events in Dark Eden, but on the opposite side of the great rift in the human society of Eden that occurred in the original book.

Angie, who left her home to be become a shadowspeaker, will be present at two cataclysmic events that change the course of Eden’s history.

I think this book is the best thing I’ve yet done.

20 thoughts on “Daughter of Eden”