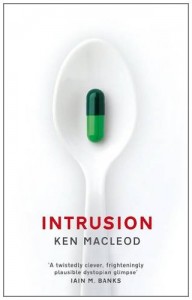 I read a while ago, in a book about Queen Mary, about a teenaged servant girl in Mary’s reign who was tried, convicted and burnt at the stake for suggesting that the bread and wine in the communion service did not really turn into the flesh and blood of Christ.   It seems bizzarre now that such a thing could be seen as a capital offence (indeed a worse than capital offence, requiring not merely death, but prolonged excruciating pain).  But those who tried her and found her guilty, those who tied her to the stake, those who lit the fire, must somehow in their minds have been persuaded, or more or less persuaded, that what they were doing was justified (even though many of them would have been old enough to have lived and worked under Mary’s protestant brother Edward, when what was now compulsory had been a crime), or how otherwise could they keep on going?

To live, to stay sane, to get on with our lives, most of us adjust, accept (within parameters) the rules, and even (at least to some extent) buy into the rationale (Foucault’s ‘regime of truth’) that is said to justify those rules.  The death of that servant girl made many people complicit, gave them a stake (no pun intended) in believing in the rationale.  Perhaps that, even more even than its obvious deterrent effect, was its real point.  Queen Mary, as I understand it, would sincerely have believed in the weird cannibalistic doctrine of transubstantiation, but, in terms of the machinery of power, that is a minor point.  The point is to shape and control.

What Ken MacLeod has achieved in this clever and erudite book, is to bring into focus the rules and assumptions that shape and control us in our own society by the time-honoured method of extrapolating them into a near future context, where they are a little more obvious pronounced.   Torture is  routinely and unabashedly used, for instance, rather than furtively as now, and this is justified by the need to fight terrorism.  (In a nice touch, you get offered trauma counselling afterwards).  More insidiously, and more challenging to me personally, with my own career in social work, are the ways in which public health and child protection are also used as a means of control in the world of Intrusion.

Hope Morrison is being pressured to take ‘the fix’: a pill which will correct most harmful mutations in her unborn child.  It isn’t exactly compulsory, but not to take it, you are told, will lead to questions being asked about your parenting, since what truly protective parent would want to deny her child protection from disease? And if you don’t take it, this becomes part of your profile, a profile built up by surveillance of many different kinds, from the ring you wear on your finger to monitor your health status, to the cameras that watch you at home and in the street.   If you don’t take the fix, and have visited unlicenced open air cafes where people take cafeine and smoke, and have had contact with people who themselves have come under some kind of suspicion (perhaps because they are Asian, and have been questioned under torture about links with Hindu extremists, and have said something or other to make the torture stop), then things start to look pretty bad for you. And if your husband…  Well, read the book.

I must admit, when I read Intrusion’s early digs at current anti-smoking policy, I wondered uneasily if I was letting myself in for a Jeremy Clarkson-style rant about health-and-safety-gone-mad etc.  But MacLeod is doing something much more subtle than that, showing how the very reasonableness of (for instance) concern about public health or child protection, can be used to rationalise a regime of surveillance and control, in which midwives, doctors and social workers feel quite justified in being part of the same system as torturers, drone pilots and secret police.   Surveillance and control always have a rationale, always seem more-or-less justified to those complicit in them, but they always have additional consequences to those that provide the rationale.  (In the book, pregnant women aren’t allowed to work in places where smoking once occurred: ostensibly it’s about the health of unborn babies.  In practice it restricts women’s access to employment.)   I admit that, in a career in social work, the existence of these kinds of additional unstated consequences are something that I have often worried about (as indeed have many others: see this book for instance, which argues that social workers’ belief in their own benevolence is precisely what makes them effective agents of control).   MacLeod goes on to show that even the critics of the system, even those whose function is to expose and anatomise it, can in fact be part of the machinery that makes it work.

There’s a lot more to this book.  It’s sharp too on the way that things mutate over time: an Indian Marxist group absorbs Al-Qaeda and becomes a globalist Nihilist network, the Labour Party becomes the party of the Free and Social Market (which helps people to make the consumer choices they would have made if they’d been properly informed), Iran becomes a militantly atheistic ally, India a hostile threat.  It’s interesting on the way that unorthodox ideas can be permitted if they are part of a recognised belief system, but not if based on personal belief.   It’s strong on the technology of control, the way that devices that make life easier for us, also have the effect of making us trackable and measurable and countable (as is already the case of course, with mobile phones, google, debit cards etc etc all making us much easier to track than was the case with their predescessors).

And the book is also a well-constructed page turner, with a plot (hinging not only on Hope’s resistance to the fix, but on an unusual genetic ability possessed by her husband) that leads the reader willingly through this scary, and in many ways very plausible, world.