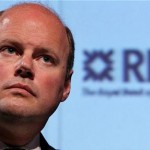 In a previous post, I expressed amazement at the bonus being paid to the CEO of the largely state-owned Royal Bank of Scotland.  It wasn’t, I must admit, a very original thought.   So many people said the same thing, in fact, that in the end Mr Hester bowed to the pressure and did without the bonus*.

I’ve heard a number of commentators since being quite critical of the pressure that was placed on him: (1) he wasn’t in charge of any bank at the time of the financial collapse, (2) you have to pay top money to get top people, and if we punish top businessmen like Mr Hester, they’ll just head off to more business-friendly places, and we’ll all end up worse off,  (3) the economic crisis is a systemic problem, and it is simplistic to pin it on a few individuals.

The ‘top money for top people’ argument has some force, even if we would like to deny it.  You only have to look at football.  We know that no serious football club would keep its position if it stopped paying players these enormous sums.  We know that players readily cross national frontiers to further their careers.  We want the clubs we support to win.  And we know that if we were in the same position as the footballers, we would think ouselves lucky, but be unlikely to volunteer for a pay cut.

And yes it is superficial to pin the blame for a systemic problem on a few individuals.    I worked for many years as a social worker, and, since members of my own profession are from time to time singled out for a media lynching (see my story Johnny’s New Job), I don’t find it hard to see the force of this argument.  We human beings are very quick to identify scapegoats as a way of distancing ourselves from  our own complicity, and (though I am fairly sure that CEOs of multi-national corporations are well able to look after themselves) demonising individuals and groups is neither an attractive trait, nor a good way of getting to the bottom of problems

But the fact remains that people across the country are losing their jobs, their incomes, their place in the community, because of debts incurred by the government when it bailed out the banking system.  It just does not feel fair in this context for people in the banking industry itself to continue to recieve the same immense financial rewards as ever.   Yes, it’s quite possible that some talented businessmen will choose to leave the country and find more lucrative work elsewhere, just like footballers do, and possible too that this could have negative consequences for the competitive edge of some of our country’s industries.  It really might be so.  But are we really going to accept this argument as being one that trumps all others?

Here’s the problem with that.  We are told we should think about what’s best for the economy, rather than make purely emotional arguments about fairness.  And we are asked to take very seriously the factors that might influence the choices of top businessmen.  (Since we have used the word ’emotional’, let’s be clear that these are factors to do with the businessmen’s feelings: there are only so many yachts and planes a person can actually use).   But this is not football, and we’re not spectators watching from the stands.  We’re all on the field together here, we all have feelings, and top businessmen are not the only people who make choices, or are influenced by the way they are treated.

Nor are they the only people whose choices  impact on us all. 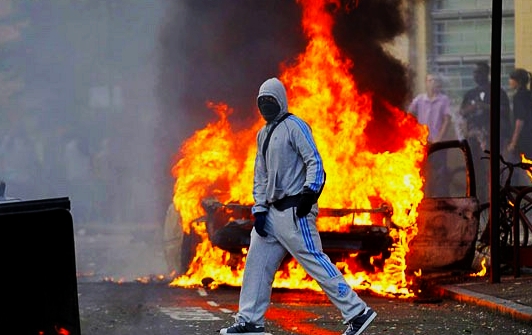 (Picture from here, and borrowed with thanks: no copyright information given)

*Or so I thought.  Since I wrote this, it has emerged that Mr Hester has accepted £600,000 – worth of shares instead of his bonus!