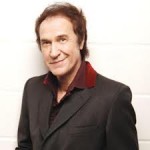 I very much enjoyed this programme about Ray Davies. I was struck by his comment about one of his songs (I think it was ‘Days’) that the words might seem ‘a bit naff’ on their own, but he felt that the music transformed them.   Actually that is true, I think, of quite a bit of his stuff.   People usually praise the words, the little observations and stories, but on their own the observations are not necessarily all that original.  There are a lot of songs, for instance, about the fears and longings of suburban life (‘Mr Pleasant’ or ‘Shangri-la’) which, taken just as stories and observations, are amusing but quite commonplace.  But the music really does transform them into something else.

In fact I’d say his musical inventiveness is, if anything, rather underrated, or at any rate not so often remarked on.  His back catalogue of songs (imagine having written ‘You really got me’, ‘Days’, ‘Sunny Afternoon’, ‘Autumn Almanac’, ‘Lola’ and ‘Waterloo Sunset’!) is quite exceptionally varied in terms of moods, rhythms and musical colours, and is full of lovely details and surprises.  Listen, for instance, to the way that the strange and melancholy song ‘See my friends’ changes its feel and rhythm in the middle of each verse, opening up, and then drawing back again.

For various reasons, although I grew up in the 60s and 70s, I didn’t encounter ‘Waterloo Sunset’ at all until about 5 years after it came out.  But when I did finally come across it I was really blown away, and I still am.   It really is the most amazing marriage of words and music.  There is actually not one single word of description of the sunset itself, yet when I listen to this song, the harmonies rising up over the melody instantly evoke to me an enormous brightly coloured sky, towering up over the little figures of Terry and Julie, and the people swarming out of the underground, and the song’s narrator, watching the whole scene from his window.

(As I’ve observed before, vivid descriptive writing isn’t so much a matter of providing detailed instructions of a scene, as of giving readers/listeners permission to construct the scene for themselves.  This is a perfect example.  We all know what sunsets look like, and don’t need to be told, but we do need something to trigger off the whole set of associations, something to allow us to pretend that a sunset is happening right now.)

The Glastonbury version of the song here is performed with the Crouch End Chorus, which includes my good friend Clive among its tenors.  Lucky man.

(Clive lives in North London, where Davies grew up and still lives, very much in the surroundings in which the programme is filmed.  The programme reminded a bit too of an odd but interesting book by another North Londoner that I wrote about here.)