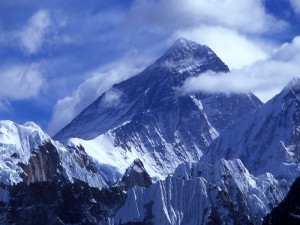 It occurred to me while I was driving home that, if it wasn’t for Adolf Hitler, I wouldn’t exist.

I’m not sure if my parents would have met at all if it wasn’t for my father’s family moving out of London as a result of Hitler’s war, but, even if they had, it’s inconceivable that their lives would have gone down such a similar track – and I’m trying not to be too graphic here: it’s my parents I’m talking about – that the, er, same combination of genetic material would have occurred that ended up resulting in me.  That would be like throwing billions of dice on two different occasions and coming up with exactly the same combination of numbers.

It’s not just me of course.  No one else below the age of about 70 would exist either.  There surely can’t be any doubt that the disruption of lives in all the countries involved in that war was sufficient to ensure that every single one of their citizens would have had their daily timetables put out at least to the extent that, assuming they survived the war at all, they had a different set of children, if not entirely different partners.  Even in countries not directly touched by the war, people would soon feel enough of the effects of what was happening in the world outside for the pattern of their days to be altered to at least that extent.

And then – I was driving along the A14 in the dark, the lights of other cars all around me – it occurred to me that any individual in the past would have the same affect: it didn’t even have to be a history-changer like Hitler.  Go back to the 18th century, and disrupt the daily routine of one randomly chosen person anywhere in the world, and by now we’d be a completely different set of human beings on Earth.

In fact, I decided – I was now not far from the Newmarket turnoff – never mind people, a stone would do the job.  Travel back in time with a small pebble and place it on the top of mount Everest.  No one would notice any change, but the airflow over the mountain would not be quite the same.  Every moment millions of molecules would end up in different places from where they otherwise would have been, and they in turn would displace other molecules.   Quite quickly, the entire atmosphere would be differently configured from what it would otherwise have been: trivially different, but still different.

And then weather events would occur very slightly earlier or later than they otherwise would have done.  Departures would be delayed by seconds, journey times increased or decreased, so that people went to bed a few seconds earlier or a few seconds later.  And accidents would occur that wouldn’t otherwise have happened, or fail to occur when otherwise they would, and so on and so on.   And each of these events would in turn change the flow of things just like that pebble still sitting on top of the mountain, albeit now covered with snow.   And by the time a century had gone by, that one pebble would have caused an entirely different cast of human beings to be living on Earth from the ones who would have otherwise come into being and lived out their important irreplacable lives.

Not a very original thought, I know – it’s butterflies’ wings and all of that, something which has been written about many times, including by me – but it absorbed me sufficiently that I forgot where I was on the road, and turned off at the Newmarket exit rather than continuing straight on to Cambridge, delaying my arrival home, and thereby changing the course of history and the entire population of the Earth. 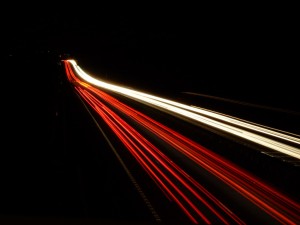 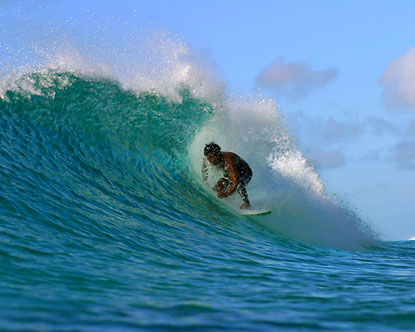 I can spend days slogging away at a story, adding words and ideas, playing with points of view, but the good bit – the bit when I know the story’s going to be strong enough to go out into the world – is the moment when it comes alive and begins to write itself.   From that point on I find, as I work and rework it, that there’s more in the story than I realised.  The things I consciously wove into it are only part of it.  It speaks about things, and makes connections, that I didn’t plan with my conscious mind, yet are unquestionably part of the design, like the details in a dream, which your own mind constructed, and yet whose meaning doesn’t immediately dawn on you, and is never completely clear.

It is a lovely feeling when this happens.  I can’t think of many that are better.  I feel sort of cleansed and redeemed, and just more alive as I go about my day.  Sounds a bit over the top, I dare say, but that’s how it is, and it reminds me that writing these things really is more than just one of the things I do, but is a big part of what my life is all about.

You can’t force those moments though.  In the meantime, you just have to keep trying, like a surfer who has to keep paddling out again and again, and heaving himself up again onto his board, before he catches a wave he can really ride.

I visited some Buddhist temples during a recent brief visit to Thailand, and this led me to reflect on the differences between Buddhism and Christianity (see previous post) but also on the similarities.

I noticed that large statues of the Buddha tended to have a smaller Buddha sitting in front of them.  I assume (perhaps wrongly) that the smaller Buddha represents the historical Siddharta Gautama, while the larger figure represents the universal spiritual state which he is supposed to have attained. It struck me that this relationship was not entirely from different from the relationship in Christian theology between Jesus and God.  And there are other parallels.   Both religions have a tradition of celibate monasticism.  Each bears a similar relationship to a parent religion (Hinduism and Judaism respectively).

I wondered if it was possible that Buddhism, as the older of the two by several centuries, might have had a direct influence on the formation of Christianity.  It’s not implausible, given that both Palestine and Northern India were within the sphere of influence of Hellenistic culture.  (Idea for a historical novel: a bright young Jewish man in Nazareth in Roman-occupied Palestine, hears about Buddhism from an Indo-Greek soldier in the Roman army, and decides to try and do something similar).

Anyway, when I was looking up possible connections,  I came across (in wonderful Wikipedia) one particular connection which I had never heard of before: the story of Barlaam and Josaphat.  This story was originally about the early life of Gautama Buddha, but ended up as a popular story in Medieval Europe, when both characters were regarded as Christian saints by Catholics and Orthodox Christians alike .  The name Josaphat comes, apparently, from the Sanskrit Bodhisattva, successfully modified as the story was retold and retold first in Persian (Bodisav), Arabic (Budhasaf then Yudasaf), Georgian (Iodasaph), Greek (Ioasaph) and finally Latin.

I find it rather delightful that the founder of one religion can find himself a saint in another.  I find it delightful too that a story can itself have a story, making its way slowly from Asia to Europe, and from the Buddhist world, to the Islamic world, and on into the Christian one, passing from language to language, and changing all the while to meet the needs of its new hosts.