In the anthology, Once Upon a Parsec, edited by David Gullen and published by Newcon Press in June 2019. 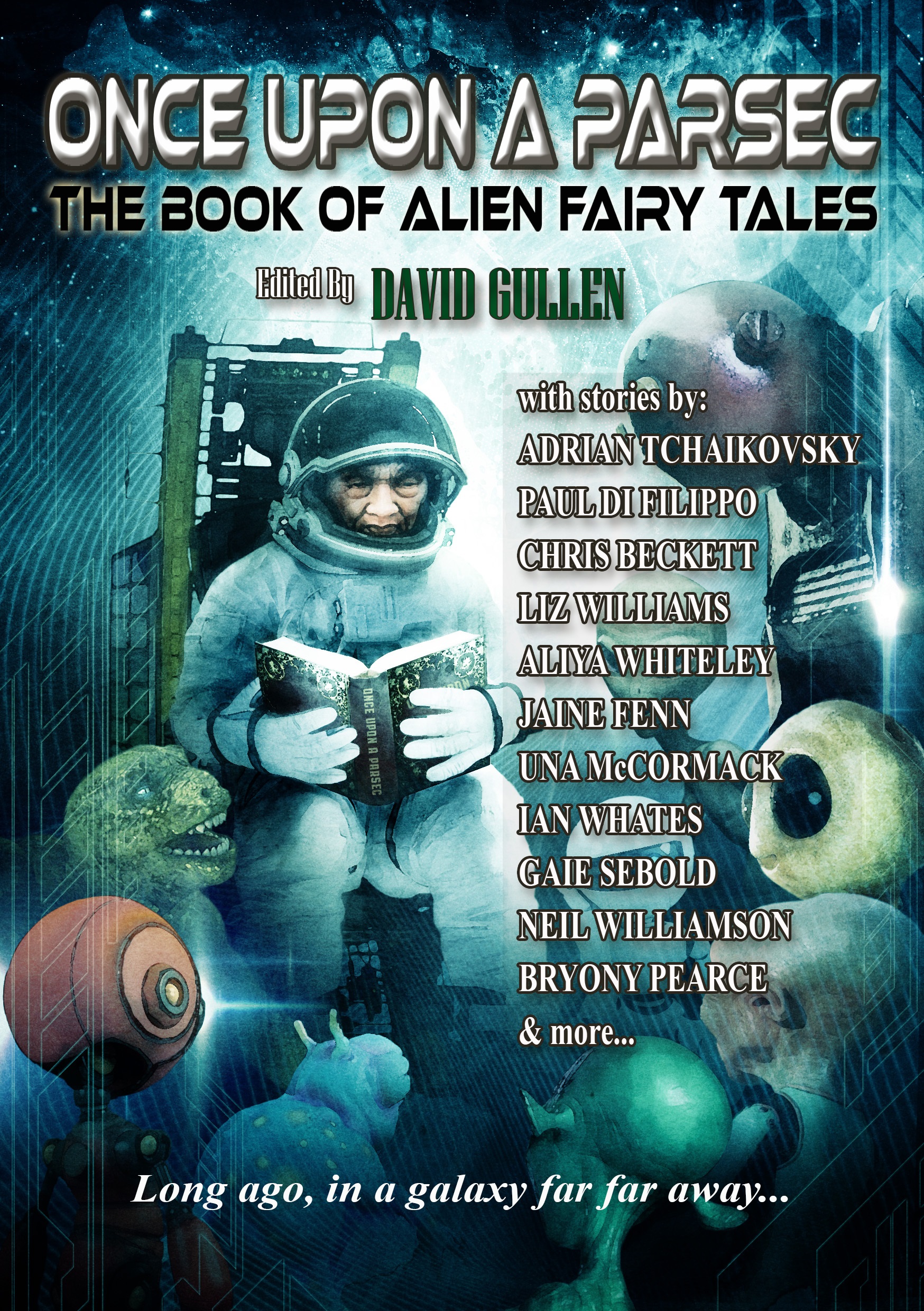 Published as a chapbook as part of my guest of honour contribution for Novacon 48, in Nottingham.

Included in the collection 2001: an Odyssey in Words, edited by Ian Whates and Tom Hunter, published by Newcon Press, July 2018.

Published by Audible as part of Jali, a new collection of original audio SF stories, April 2018.  Read by Clare Corbett.

My collection Spring Tide contains 21 stories which aren’t listed separately on this page, as they are all original to the collection:

Published as my guest of honour contribution to the Dortcon convention programme, 2015.  (Dortmund, Germany).

Published in In the Empty Places, edited by Iain Maloney (December, 2014)

Humans have colonized Lutania, where Stephen works as a data analyst for the Agency. He’s an antisocial fellow who rudely avoids his co-workers and prefers the company of the simple settlers in their farming villages. His three-year gig on Lutania is nearing its end, when he’ll be transmitted back to Earth. This process necessarily involves the loss of all memories accumulated during the last 29 days before transmission. Agency rules prohibit employees from working after their Day 40, a stricture that Stephen resents and fears, for reasons he doesn’t quite articulate to himself. Or perhaps that he can’t remember. Stephen seems to have a secret from himself.

A character study of a person who lives on the fringes of normality, or perhaps further off. He has a strong aversion to the indigenes, who seem to be able to read minds; can they see the secret he keeps hidden from himself? There are some oddly idyllic scenes when he enjoys himself alone in the native Lutanian forests, but this is not where he chooses to take his enforced vacation. A very subtle horror story. I wish the premise were more credible.